There are many ways that one can affect the development of a sustainable economy and lifestyle. Recycling, as described in the last article M.A.D. Economic Move #1 – Recycling, is only one small part in Making A Difference with the current social structure. Today’s problem with recycling is that there is no place for all this recyclable material to go to be processed.   A second M.A.D. Move would be to refuse to purchase products that use excessive recyclable packaging. This would help reduce the amount of recycling to be processed.

For a greater impact refuse to acquire products not made from recyclable materials and from companies using non-sustainable practices and materials to produce their goods. There are many companies joining the movement towards establishing more sustainable Circular Business Models. Stores are scrapping the use of plastic bags and choosing to sell more sustainably produced items. The Sustainability Consortium (TSC) is a non-profit global organization dedicated to improving the sustainability of consumer products by transforming the consumer goods industry to deliver more sustainable consumer products.

Discover and become part of the Evolving Circular Economy Movement that is Making A Difference to our economy, the way we do business, and saving the environment.

Another way to encourage companies to stop making items that are destructive to our environment is by refusing to buy and use one-time or disposable items such as lighters, diapers, razors, plastic straws, etc. Many of these items usually are not essential and are produced for quick convenience. There are always alternative choices that are friendlier to the environment. Many restaurants are beginning to use recyclable packaging and compostable straws and utensils. Refusing non-ecofriendly products needs to even go even further for the development of a near-zero waste environment.

Protest against companies using unsustainable practices and products by refusing to purchase the products they make or the services they provide. In the 21st Century, there are always alternatives that are more sustainable. Join the M.A.D. Movement developing a Circular Economy and Make A Difference with the way consumer goods are produced by refusing items that are harmful to the way life. Don’t forget to also voice your opinion against those companies that are guilty to let them know how you feel. The greater amount of people refusing harmful products results in a louder voice of the movement wanting change.

Preserving Calgary’s Historic Saddle
Now, after 4 years of heated discussion, a proposal was accepted to replace the Saddledome with a new Event Centre for a greater and better entertainment experience. It is a shame that Calgary has to lose a historic Iconic symbolizing our equestrian roots and Olympic history in the name of progress.
MAD Economic Move # 2 – Refuse
There are many ways that one can affect the development of a sustainable economy and lifestyle. Today’s problem with recycling is that there is no place for all this recyclable material to go to be processed. Refuse to purchase products that use excessive recyclable packaging.
Round-Up
A locally designed and produced sculpture portraying the ranching tradition of Alberta. 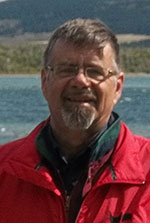